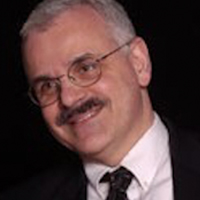 Terry P. Orlando received his B.S. in physics summa cum laude from Louisiana State University in 1974, and his M.S. and Ph.D. in Physics from Stanford University in 1976 and 1981 respectively. Since 1981, he has been a professor in the Department of Electrical Engineering and Computer Science at the Massachusetts Institute of Technology. He is a principal investigator on several programs focused on using superconducting circuits for quantum computation. His other main research interest is the study of non-linear dynamical systems in the crossover regime from classical to quantum behavior. He is the coauthor of the textbook, Foundations of Applied Superconductivity, and the textbook Applied Quantum and Statistical Mechanics. He and his wife Ann were faculty in residence for twelve years at Ashdown House, the second oldest graduate living group in the United States.