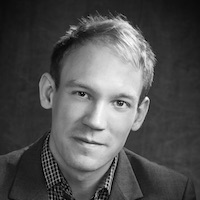 Philip Krantz received his B.S. in Engineering Physics in 2007, and his M.S. in Nanoscale Science and Technology in 2010, both from Chalmers University of Technology in Sweden. In between the B.S. and M.S. he completed an International Business Diploma at California State University of Easy Bay with a major in marketing. He started his Ph.D. in 2010, with the focus on developing a new readout technique for superconducting quantum bits, based on directly integrating the qubit inside of a Josephson parametric oscillator.

Philip is a Postdoctoral Associate in the Engineered Quantum Systems group at MIT, where he is working on cryogenic measurements involving superconducting qubits coupled to microwave resonators.

Philip is also the Founder and CEO of Krantz NanoArt (www.krantznanoart.com), focusing on creating artistic illustrations to support research projects.